Which Route Should I Use to Climb Kilimanjaro? 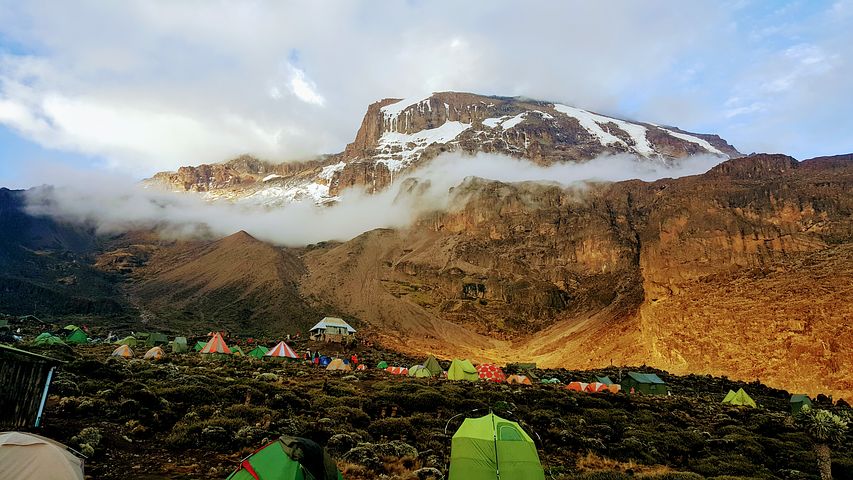 There are seven established routes to climb Mount Kilimanjaro - Marangu, Machame, Lemosho, Shira, Rongai, Northern Circuit and Umbwe. The Marangu, Machame, and Umbwe routes all approach from the south of the mountain (Mweka is used only for descent). The Lemosho, Shira and Northern Circuit routes approach from the west. The Rongai route approaches from the north. The illustrations below depict a three-dimensional view of Kilimanjaro's climbing routes and a close up of the approaches to the summit.

The Shira route begins by driving above the rainforest. By doing this you miss trekking through the rainforest. Secondly, you drive to the Shira Gate which is at 11,800 ft. This does not allow your body time to acclimate well.

The Umbwe route is considered the most difficult route to the summit. The route is very steep, you to gain altitude very quickly. This also does not allow your body time to acclimate.

The Marangu route, nicknamed the Coca-Cola route, is the only route that goes up and down on the same trail. This makes it the most crowded trail. Peak Plant only guides this route as an 8-day private climb. We do recommend this route if you climb during the rainy season with fewer people. It is also the only route where you will sleep in huts.

The Rongai route is a popular route and can be booked as an 8-day group or 8 or 9-day private climb. It receives less rainfall being on the Northeast side. It is an alternative to the Marangu route during the rainy season and is a good route for those who don’t have as much time.

The Machame, or Whiskey route, is the most popular route on Mount Kilimanjaro. All companies guide it. It is also a more aggressive route, gaining elevation quickly at the start. We offer a 9-day group climb and an 8 or 9-day private climb.

The two routes we recommend are the Northern Circuit if you have the time or the Lemosho route. They are the most scenic, have fewer people and both have over 90% success rate.

The Northern Circuit route or Grand Traverse is the newest route on Mount Kilimanjaro. It begins with the Lemosho route then leaves the Lemosho and heads north near Lava Tower. It is the only route on the north side so you feel like you are almost alone. We offer an 11-day group climb or private climb.

Lemosho is our most popular route. It starts with Northern route then joins the Machame route at Lava Tower. It also has the infamous Barranco wall. We offer a 9 or 10-day private climb and a 10-day group climb.

In the end, whatever route you choose is really up to you. Just make sure you pick the right operator to get you to the summit and back down safely.